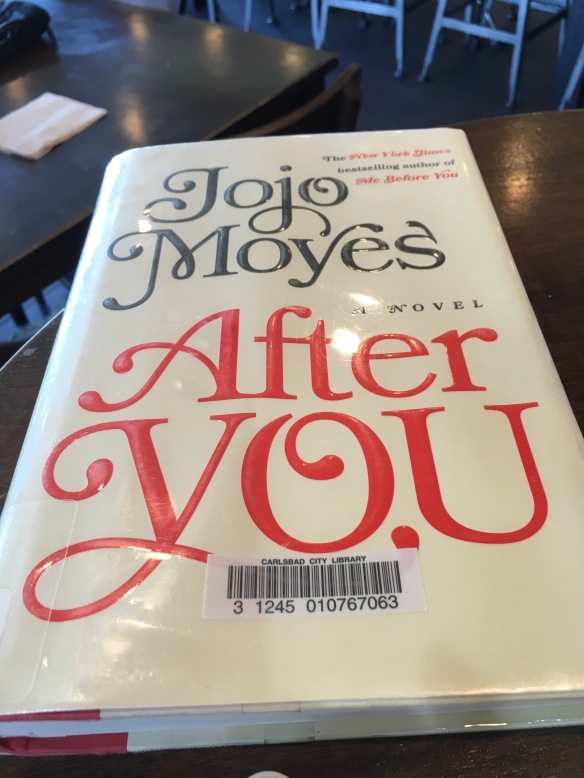 It happens more than one would think:  writer stands in shower or sits at table with toast and Twitter and starts the potter’s wheel of a blog post in her head, all detailed and neat and maybe with little strands of sparkle in it…and then someone comes along and bumps the camera, jars the table.  C’s become G’s and hearts flip.

‘Twas me, this morning.

I got up early because I’m in charge of the diabetic cat this weekend, ministered to him, made my bed, padded out to the living room with the Writer’s Almanac and a cup of green tea, threw open the doors and windows to cool the joint before hell visits us around noon.  I curled up in my wide chair with a soft blanket that the cat likes to make love to and turned on CBS Sunday Morning, which was a tribute to Charles Osgood.  I figured on poignancy.  I figured a few tears.  Sunday Morning got me through the transition from Missouri to Cali twelve years ago, homage to Charlie.  Ads were on, pre-trumpet.  I opened my Twitter app.

The first thing that hit me in the death of Jose Fernandez is what hit many:  to question a logic the universe doesn’t possess.  Why?  Well, shit, if we could answer that question, then we could answer why the Syrian photo boy lost his brother in the shelling that he was famous for…we could answer for Orlando, Zika, this ridiculous political season.  Still, it’s hard to dislodge from asking, over and over, why Fernandez?  Why kind of sick joke is that, fates?  The man attempted to defect from Cuba twice before he finally made it in 2008, but getting here involved him saving his mother from drowning in the passage and saying goodbye to his grandmother.  (If your sinuses need clearing, Google his reunion with his grandmother when he was first signed with the Marlins.). He was expecting his first child with his girlfriend.  And, probably how most of us became aware of all of this (because how else would we know stories like this of each other, particularly of the masses of individuals struggling to get to the United States?), he was an impressive starting pitcher, with a good humor that some other starting pitchers could use (Bumgarner, I’m trying not to look at you).  There is a GIF floating around the net this morning of a pitch to Tulowitzki in which Tulowitzki hits the pitch back to Fernandez, and Fernandez fields it so quickly and neatly that Tulo asks, “Did you catch that???”  “Yes,” Fernandez says around that grin of his (only one better was Tony Gwynn’s), “Yes, I did.”  But of course, Tulowitski; why are you asking?

So that bumped the camera lens.  I shut off the TV.  I sat with all the player condolences on Twitter, the news of the cancelled game (was Fernandez supposed to start today? No matter), and then the beginnings of people using this death as a reason to talk about a life in the evils of illegals…and that’s when I turned it off.  The polarization started, I knew what was coming next, and I needed to remember that grin.  The grin, the pitching, the fielding, all of which I wouldn’t have known without the rest of his efforts.

Time to remember that guy by talking about other loves and passions than baseball.

I finished Fates & Furies last week, and I normally mourn books that are written that well.  I normally don’t read for a while afterward.  But I thought I would try something new this time, read something I knew wouldn’t live up to the amazement I felt for the Groff book, so I picked up the Moyes sequel to Me Before You, a word play of a title in After You, and it’s been the best thing.  I think this “rebound read” has been even more enjoyable than Fates & Furies BECAUSE of Fates & Furies, like a literary pairing of two great tastes that taste great together.  (Huge fan of chocolate and peanut butter.  Huge.). It’s the best thing for several reasons:

Hence, the “fluff” piece becomes the help piece.  I don’t know what’s after After You, but it may well be Olive Kitteridge, as that’s the story currently dealing me my morning compassion during breakfast on HBO after I finished Sonic Highways.

In writing, I am hashing out a short story of a strange collection of pedestrians called “Afoot”–we’ll see what becomes of that, but I’m losing myself in writing it, which I haven’t done since university days.  Regression ain’t always bad.

Movies lately have been re-runs, comfort viewing of flicks that I know won’t assault me with vomit but will help me believe in some kind of romance again, but for new stuff I’ve rented the original Magnificent Seven and have my sights on the remake.

Music is a hodgepodge of favorites lately…with the new Springsteen memoir I am listening to him a lot, with the recent binge-viewing of HBO’s/Foo Fighters’s series Sonic Highways I found my way back into New Orleans and country music (Nashville and Austin episodes), not to mention a dabbling of Nirvana (Seattle episode).  One of my favorite podcasts, All Songs Considered, has been drifting into a lot of hip-hop lately, so I am hooked on a British dude called L.A. Salami (that’s his real name) and Frank Ocean.  I found a video of the Dixie Chicks covering Beyonce’s “Daddy Lessons” in London, and have been abusing Lemonade and Not Ready To Make Nice because of it.

My next post may very well come from San Francisco’s Litquake literary festival, so I’ll part with this:  I’m cutting my hair today.  I’m also burying the lead on revealing that in case anyone who has met me or knows me in real-time reads this (unlikely, but ya never know), but it’s taking on its own symbolism:  a cross between a Tess of the D’Urbervilles reason and a method of starting over, a promise, a helping hand gesturing through a door held open by a beautiful man with a grin all over his face and a pitching arm of steel.